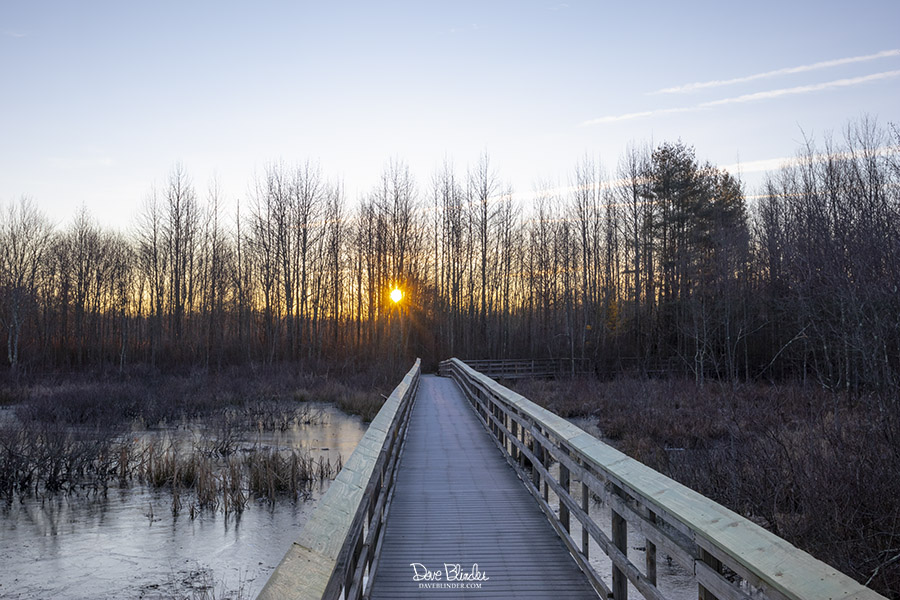 Rising Sun over Frozen Wetlands
Great Swamp National Wildlife Refuge, Morris County NJ
Taken on a recent brisk but peaceful January morning. The goal of this image was to capture the solitude and beauty of the rising sun in the winter.
Canon EOS M50 + EFM 11-22mm IS lens

Winter’s Dawn at Liberty Marsh
Wallkill River National Wildlife Refuge NY/NJ
I liked the sky transition from clear to clouded with hues of blues and pinks on this January morning. My feet were planted in Pine Island (Orange County NY) and the view is towards Wanted (Sussex County NJ).
Visit the Liberty Marsh – https://www.fws.gov/refuge/Wallkill_River/wildlife_and_habitat/libertymarsh.html
Canon EOS M50 + EFM 11-22mm lens

A fairly basic photo, but hopefully it has enough going for it to make viewers look twice.

First of all, I went to a section of the beach where I anticipated possible foreground elements to create a multi-dimensional image. I set my alarm so that I’d have some time to spare before first light came above the horizon, made sure I had my essential camera gear, grabbed a flashlight, and made the short drive over to the beach.

I walked past this interestingly twisted dead root as soon as I neared the beach, and made a mental note that I could try to incorporate it into my scene. I continued to scout around for a few minutes after that, but realized that I probably wasn’t going to be able to beat the character of the root.

I set my tripod to a pretty low level so that the widest part of the root would not converge with the horizon for this frame, and I will admit to snapping off a vertically extending portion of the root to make sure it would fit into the photo. Another important part of this photograph is the sunburst effect, which I know is generally best achieved with my lens/DSLR combo at an aperture of F/22. I’ve found that having the sunburst disperse across a solid object to help amplify the effect, and I knew that I wanted to frame the sun within a portion of the root to further draw the viewer’s focus to the sun itself. That took some fine movements of the tripod to get things just right.

I also shot some horizontal frames before the sun came above the horizon, and will upload and possibly discuss those later this week.